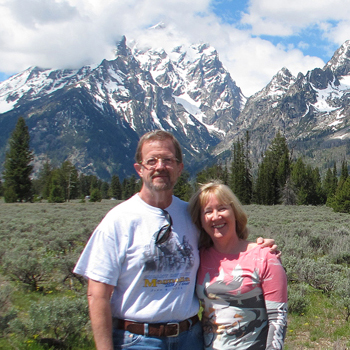 2012 brought the miracle of new life, closure to a long life of love and service, and many good times with family and friends.

As 2011 came to a close, we had a fun visit from Anne's sister Kath and Kath's son Tom. Both love the outdoors and we enjoyed a long hike to our neighborhood nature preserve, Connemara, on a magic crisp winter day. Glenn and Mina also dropped in to visit but soon we had to see Tom off to a conference in Boston prior to his return to Toronto.

In January, our first great nephew, Everett, was born to Russell and Glenda. We went to Houston to meet him in February and saw them again in June, and were enthalled with him and the pure joy in his parents and grandparents' eyes. While in Houston we got to see our youngest niece Mia's Show Stopper senior choir performance, likely the last family school performance we'll see until Everett's in school!

Sadly, Stewart's father Morgan passed at the end of February at the age of 92. He had been living near us in Plano, TX for the last several years, making lots of friends at the Alzheimer's Center where he lived. His family, friends, and care givers will miss him terribly.

The funeral was held in Kentucky. The service was a great tribute to an American hero who had survived 3 1/2 years as a POW in Japan during WWII. The KY National Guard did the honors giving Morgan a 21-gun salute just as the tornados were touching down all around the area. They completed the service and hurried off to respond to emergency duty and we scampered back to our hotel where we were asked to hunker down in the stairwells until it passed. Luckily there were no injuries.

In April, we continued our annual bicycling trip to the Austin area for the Easter Hill Country bicycle tour. We met up with our buddies Todd, Kim, Niles, Dave, Carol, and Mark. We egged each other on, did Freedom Hill again (and lived!), ending up at Altdorf's Beer Garden listening to a German jazz band and toasting with German beers.

May 15, 2012 was our 30 year wedding anniversary. We visited the Dallas Arboretum where we got married (then called DeGolyer Estates), and later saw "American Idiot" at the Winspear Opera House. Anne loved it, Stewart had his ear plugs.

In June, Emily flew up from Houston to pick up Anne's old Honda to take to college. Brandi came to visit with us all and shared her latest quilt project, a very complex geometric design. Impressive! Then we drove down to Houston for Mia's high school graduation. Can't believe all our nieces and nephews have graduated high school!

Mid-June, Anne's sister Teresa organized a family vacation in Wyoming's Grand Tetons and Yellowstone. We had great fun hiking with Trina, Teresa, Doug and Manasi. It snowed on us in the Grand Tetons, we got caught in a buffalo stampede entering Yellowstone, and we staked out a fantastic 2nd story porch view of the geyser at the Old Faithful Inn.

At the end of the month, our niece Melanie joined us for Anne's birthday dinner at Patrizio's. This is getting to be a surprise tradition as we just happened to do the same thing last year. We had a great time hearing about her teaching ideas and challenges. I have a whole new appreciation for my teachers after hearing Melanie's and Glenda's stories.

In July, Mia came up to Denton for her University of North Texas (UNT) orientation. Emily and Andrew brought her up, so while Mia was in Denton, the rest of us went to the Chihuly Glass exhibit at the Dallas Arboretum. It was such a spectacular display we totally enjoyed it despite the heat, and promised to see it again (spoiler alert).

After 30 years of working at Raytheon Stewart decided to retire. The timing was right due to his project losing funding and his commute having been extended through the worst highway traffic in the area. So July 31 was his last day. Since then he has been doing delayed home projects, taking an iPhone programming class, filing paperwork for a Limited Liability Corporation (LLC), and starting to think through how to create killer iphone and android apps.

August 25 was the annual Hotter N Hell Hundred bicycle rally in Wichita Falls, TX. This year we met up with our Austin friends Todd and Kim, and re-connected with our old bud Richard. We were trained up for 100 Kilometers (62 miles), but we convinced ourselves the 100 miles was possible due to the good weather, enthusiasm and caffeine. Thanks to Todd for dragging our butts into the wind the last 30 miles. And the Sheppard Air Force Base rest stop was the absolute best ever!

In October, Stewart's father, Morgan French, was honored by the dedication of the living quarters of the Warrior Transition Battalion Complex at Fort Knox, KY in his name. The new WTBC is a top quality healing campus for wounded, ill, and injured soldiers located across the street from Ireland Army Hospital where Stewart's mother, Maxine, worked most of her nursing career. Stewart's brother, Morgan T, cut the ribbon and his children, Cliff and Meredith, unveiled the dedication plaque and photo of Morgan that will greet visitors to the complex. It was great seeing the extended French family that attended dedication ceremony, and re-connecting with Mike and Ann Kelley for a great dinner and good conversation. 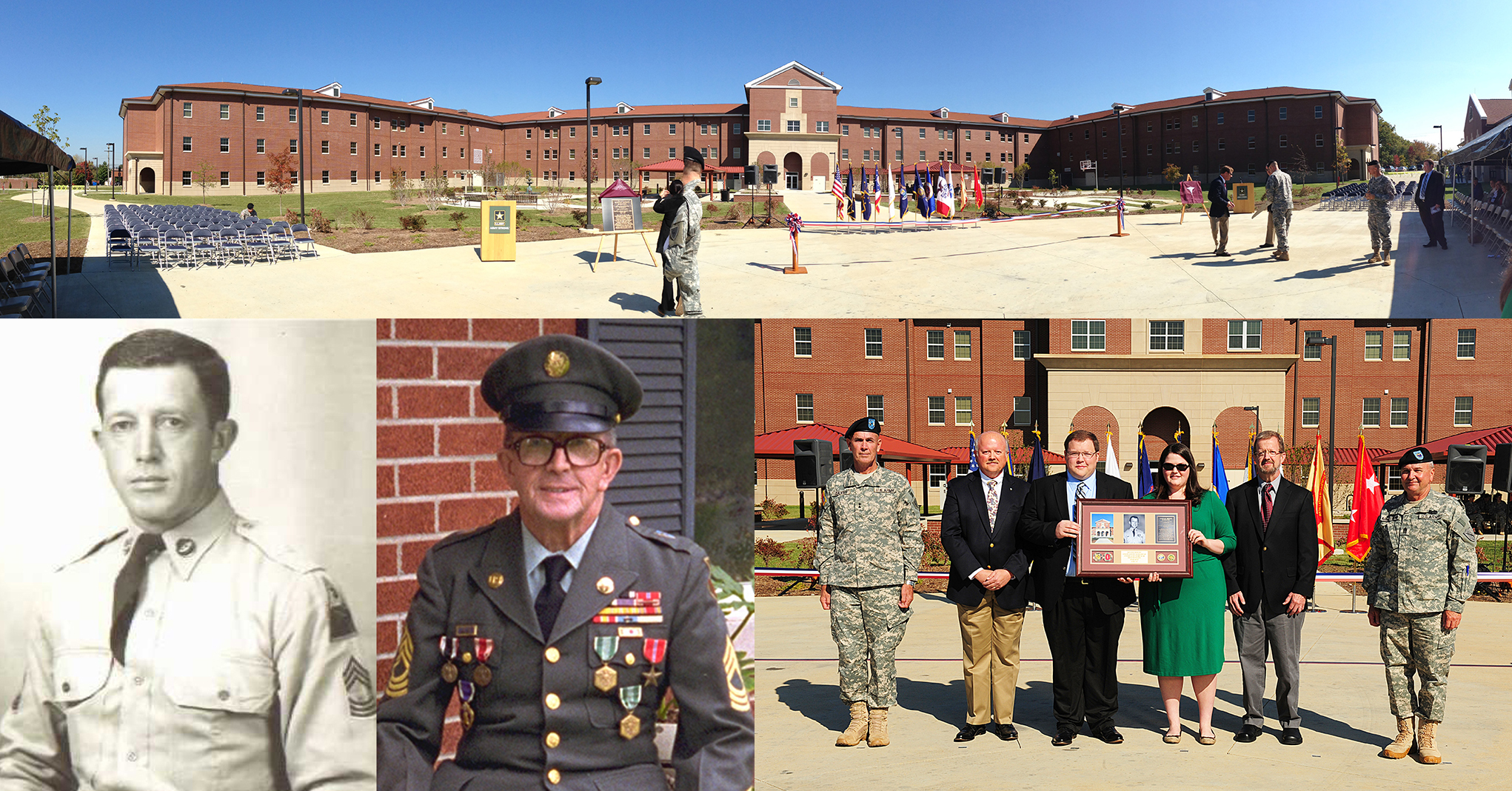 Later that month, we found out the Chihuly exhibit was being lit up at night, so we got together with Trina, Brandi and Mia and took in the fairy-tale like display, embedded in the autumn exhibit with 50,000 pumpkins and gourds. The temperature was in the 70s and it was a perfect evening with thousands of like minded attendees that were luckily all in a good mood.

In mid-November Anne's sister, Teresa, drove down from Indianapolis to visit, picking up our nephew, Ben, in St. Louis. Trese brought several of her beautiful framed wildlife photographs for our walls. We spent time carefully placing and hanging the artwork.

Then once again, we headed down to the Chihuly Glass exhibit at the Dallas Arboretum. Anne's brother Glenn joined us this time, with incredible, best ever weather. We also went to our first-ever wild west Rodeo at the Allen Event Center, and visited the Hydrous Water Park. Believe it or not, it was so warm that people were out water skiing around the cable-drawn tracks.

We held our Thanksgiving dinner at the house with Anne's brother Glenn, and his family Minako and Andrew. Also visiting was our good friend Katy and her two sons Jonathon and Joshua. We had great food, excellent conversations, wonderful Cooper Farms peach cobbler, and a long walk to work some of it off. Not long after everyone had left, we relaxed on the porch and were surprised by a light rain shower which brought with it a double rainbow. Nice!

Our cats, Tootzak and Seebie, turned 7 years old this year which is supposed to be senior for cats but the way they rough house and run up the stairs, you'd think they were kittens. Tootzak's on top of the refrigerator even as I type. Xmas is their favorite time of year with many decorations to chew on and photos to lick.

Finally, we can't end the YIR without mentioning the Seeport Darlins', Old Farts' Club, hiking the rails near our house, Anne bicycling into work more this year than ever, and step & cycle classes at TI and LA Fitness in Allen. This year's foliage has been spectacular with everything blooming at our house, and having the most colorful, mild fall and early winter ever.

We hope everyone has a fantastic holiday and fine 2013!